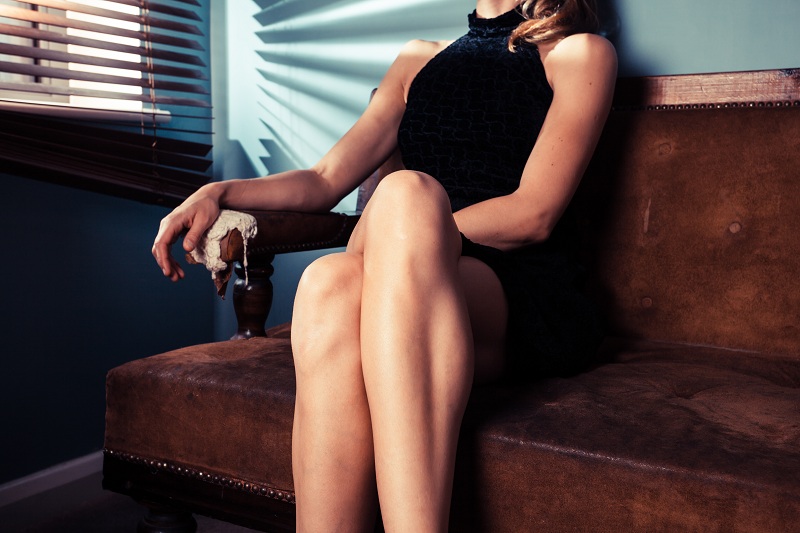 Simply put, window dressings will stimulate or meltdown the ambiance of any room setting. Any Interior Designer or New Home owner knows this to be true….Window Covering’s Set A Room’s Ambiance 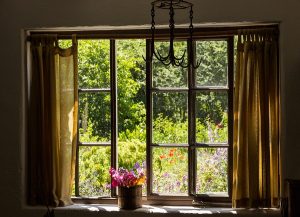 I still can picture the ancient curtains that furnished the windows of my grandparent’s cottage. At the time, this cottage was about 75 years old. The curtains hung loosely on a rusty track. The nails holding the track in place were sticking rebelliously out of the wall. Attached to the curtain track was a nine and a half foot tall, 6-foot-wide floral crested curtain. The floral pattern made a demonic looking face when closed. I remember dreading sleeping in that secluded bedroom. Who would blame me? These curtains were felt like they were imported from Nazi infested Germany after the second great war.

Get the picture? Those curtains set a sad, depressingly mellow ambiance of that small cottage bedroom. They didn’t give the same feel as modern day popular blackout blinds do! Sad enough to deter a seven-year-old from sleeping in it. Window coverings 75 years later still have this overwhelming power to ‘make or break’ any space.

In our era, the window shutter has carved out its own niche from the rest of window covering products available in Canada. Originally from the mid-western parries, shutters were made to protect windows from the tumultuous dessert environments. Since then certain shutters have slaughtered the competition since their institution. The Main Contenders are California and Plantation styled shutters.

But there is only one big problem…

In the shutter industry, there is not a lot of stylistic product variation. Many custom California shutter manufactures in Toronto abide with old industry standards. For the most part window shutters are flat looking. They are boxy and unappealing to the eyes. It’s scary talking about the stylistic blandness seen in some of these products… 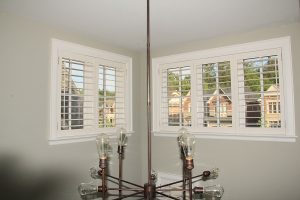 The Birth of The Toronto Shutter.

As a son of a self-taught interior designer, style and design meant everything to me. Flat shutters did have its place in some settings. BUT, for the high-end customers that my father served, he needed something more.

If anything needed revolutionizing it was the unchanged art of window dressing among interior designers. Most high end interior designers furnished their client’s windows with the highest end window shadings available on the market. Shutter’s never really made it into their ‘product catalog’ unless their clients were pressing for them.

That’s when the revolution began…

The epiphany came one day while we were touring our newly constructed Toronto home. Possession was weeks away. The contractor was giving us a pre-possession tour so we could check up on the progress of the final embellishments that would turn our new house into our new home.

Most Italian’s like myself love detail, but my father was a special man. He lived a life of detail. If something wasn’t outlined or completed to perfection he’d have it remade or redesigned.

When we entered the living room I was in awe of the detail of the crown-molding chosen to line the outer edges of the ceiling. The trim work around the five-piece bay window was beveled to perfection. A piece of crown molding laid against the window sill.

It melted seductively into the trim. The two pieces of wood elegantly placed together resembled one large piece of molding. The momentary effect it had on my perception was dramatic, yet the resemblance was so soft that your eyes could miss. The brief distinction sparked an idea in my father who was witnessing the same thing as I was.

At that moment, the Toronto Shutter was born and the window covering industry was changed forever.

So, what does the story have to do with the idea that has reshaped the shutter standard across the country?

The Toronto Shutter is the new California Shutter 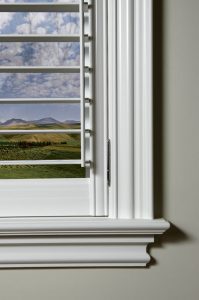 If you’re an interior designer you are probably wondering! What makes the Toronto Shutter so special?

And it’s not a California shutter although in its basic form it does show some resemblance.

Well, The Toronto Shutter, as we call it, is the world’s first shutter that has crown molding built into the front faces of the shutter.

No more flatness. No more foxiness. This shutter has curves that will seduce you and your windows into a bliss not given by any other window treatment.

You can’t get any better than that.

To celebrate Canada’s 150th anniversary, We are selling the Toronto Shutter directly to consumers for the price our dealers would pay. On top of this save the tax on all purchases when you furnish 15 windows or more! So if you must furnish your windows this summer, hop on the band wagon and let the Toronto shutter revolutionize the way you dress your windows.

Still doubtful on the effect Toronto’s Best Shutter will have on your windows? Contact us Today to book your Free In Home Consultation. You will regret not calling! SO book today! Looking for More Window Dressing helpful tips , our freinds at window coverings toronto can help!